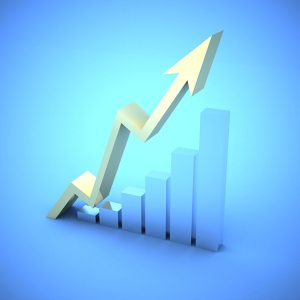 The recently released AFP (Association for Financial Professionals) Risk Survey reveals that over 59% of CFOs are facing greater volatility in earnings today than they were five years ago.

Across all types of organisations, more than half the financial professionals surveyed also reported that it is more difficult to forecast risk today than it was five years ago – and it’s not getting easier – an almost identical number expect this trend to continue.

One of the biggest challenges nominated was integrating forecasting data into strategic decision-making.

“Businesses used to be insulated. Today, competitors can be in China as easily as down the street. The world is more fluid, and thus there is more risk and movement,” said Steve Player, Managing Partner of management consultants, The Player Group.

Newer thinking about how to forecast effectively is also being pushed by technological advances; demand from internal and external stakeholders; a breakdown in historic trends as some of the premises and benchmarks we thought of as ‘certain’ have changed and proven not to be as reliable; and, as leadership has become more proactive in trying to mitigate negative trends, an increase in ‘noise’ in the data when trying to isolate the effect of a single strategy.

“Things have changed quite a lot over the last five years, and particularly in the last two to three years,” said Access Analytic Principal Business Analyst Jeff Robson.

Increasingly, the old formula of an annual budget with quarterly updates doesn’t make much sense. People have recognised that the process needs to be more frequent and have a rolling horizon rather than a fixed horizon. Consequently, there’s greater openness to these ideas than there has been.

The best practices in planning and forecasting were written in the 1990s. Concepts like bottoms-up, scenario planning and less detail are frequently mentioned by CFOs, but their implementation can be challenging.

This often leads to a disconnect between what CFOs and finance experts say companies should be doing – and what many of them are actually doing. That doesn’t mean the experts are wrong or that change is not possible, however, companies often limit their ability to make progress towards redesigning a planning and forecasting process by missing some fundamental steps.

Certainly some industries are also more volatile than others. Those industries reward the adaptive company. The ones that won’t change die right away. If you don’t adapt, you’re going to pay a price very quickly.

When analysis includes those companies that made changes to some significant degree, 45 per cent of small companies have made some change in their forecasting processes as opposed to just 26 per cent of large organisations.

“However, the majority of CFOs recognise that they can’t afford to be left behind with antiquated systems that take forever to update. They need to be nimble, agile and responsive to the rapid changes that are occurring in the economy” said Jeff Robson. 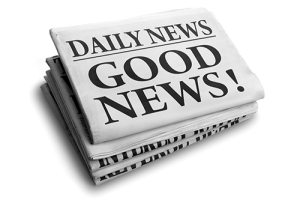 “What’s working in smaller companies’ favour is that they can move more quickly. The good news for all organisations is that meaningful forecasts don’t necessarily need to take a long time to produce.

“However, people used to traditional forecasting can take a long time to produce data. Now you have to do more, more quickly, and that’s a significant process change,” said Jeff Robson.

Interestingly though, when the Hackett Group, a strategic advisory firm and leader in best practice research, broke down its own data, it discovered a that shorter forecasts tended to be more accurate and that organisations that completed the process faster also tended to have the best results.

Companies that are successful at forecasting have found ways to do their work more efficiently, often by focusing on a smaller range of key indicators rather than getting bogged down in trying to forecast too much.

The Hackett Group also found that top forecast performers complete their process in half the time of their rivals.

They have a good understanding of what drives their businesses and what impacts financial performance, and make deliberate choices as to who gets involved in the forecasting process.

Access Analytic can help you build a matrix or a quadrant chart that ranks items based on materiality and volatility to identify which drivers are important to forecast.

“Analytical emphasis should be placed on the drivers that have been statistically proven to impact the overall accuracy of the forecast. As an example, variables such as rent or materials may not be volatile or drivers of performance for some businesses, so analysts can use run rates for those with some tweaks. That saves valuable time that can be spent more efficiently on forecasting volatile indicators that are fundamental to the business.

“Then we’ll present these key drivers in an accessible dashboard format that can be effectively distributed throughout the organisation,” said Jeff.

To find out more about how Access Analytic can help you become more nimble and agile in a rapidly changing competitive environment through quick, accurate forecasting, contact Principal Business Analyst Jeff Robson on +61 8 621 8500 or +61 412 581 486 or leave your details below for a confidential discussion.