One Microsoft Excel Insider has been quoted as saying that 53% of Excel Users merge cells.

There is a standard tool on the toolbar called “Merge and Center”, it “merges” two or more cells into one and then centers the text horizontally within the merged cell.

This can cause a number of problems.

There is a better alternative!   “Centre Across Selection”. 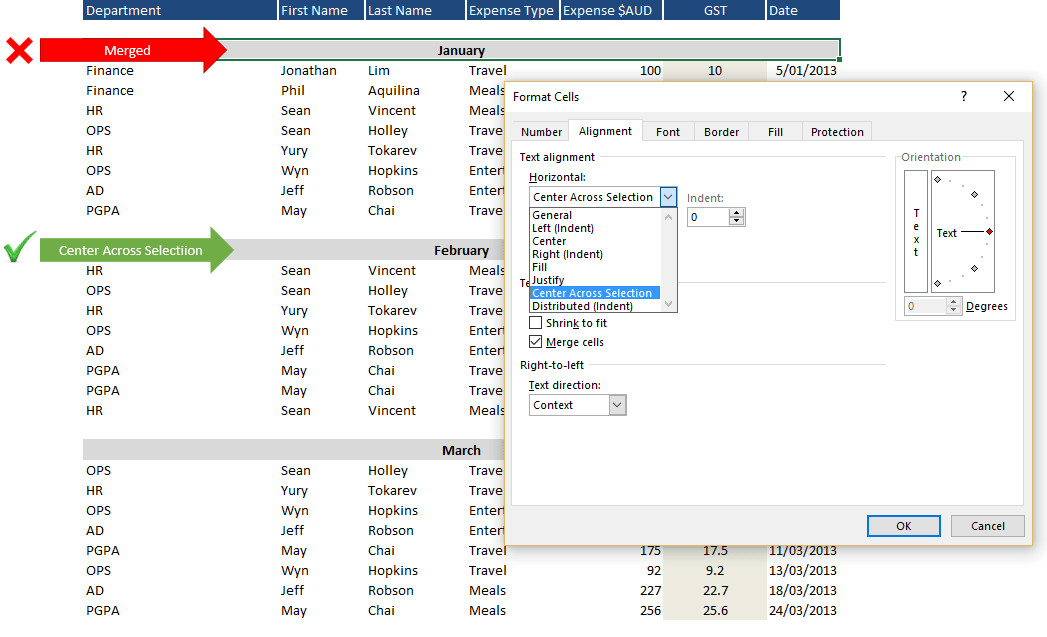 Unfortunately, there is not a toolbar button for “Centre Across Selection”. To simplify using it you could create a style, or record a macro and then assign the macro to a toolbar button.