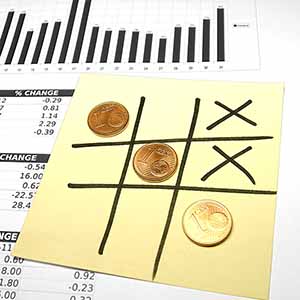 A recent report released by UK-based financial modelling company F1F9, has once again highlighted the multi-billion – in this case, pound – costs to business of spreadsheet errors.

Kenny Whitelaw-Jones, F1F9 Managing Director, said that his company’s estimates suggested 88 per cent of spreadsheets contained errors, and attributed this to fundamental problems with the way spreadsheets are used which makes errors very likely.

F1F9 estimated that while 88 per cent of all spreadsheets have errors in them, 50 per cent of spreadsheets used by large companies have material defects. These mistakes are not just costly in terms of time and money, but can also lead to damaged reputations, lost jobs and disrupted careers.

Some businesses are starting to harmonise their approaches to building financial models, with the aim of reducing these types of errors.

However, in many cases they are not eliminated – humans are still going to make errors.

If the spreadsheet is ridiculously complex and impossible to read,  then nobody will actually read it – and determine if there are any errors. It’s impossible.

F1F9 has outlined 12 of the most high-profile financial modeling errors. The list includes, among others:

“We think that’s really just the tip of a much bigger iceberg – spreadsheets are used ubiquitously, and there are some real significant problems with the way they are used and that leads to real risk of error, and we’re seeing that time and again,” said Mr Whitelaw-Jones.

How Access Analytic can help you avoid costly errors

Our own recent audits have uncovered flaws in modelling in the mining and resources, financial services and manufacturing sectors that have individually resulted in multi-million dollar discrepancies.
Avoid experiences like these with an Access Analytic Financial Model Audit. We can efficiently and thoroughly review your spreadsheets with proprietary audit techniques developed by our Certified Information Systems Auditors and Excel Experts.

Specialised auditing software tools significantly automate the process of error detection, reducing time in reviewing files, and our staff also have skills in areas such as accounting, finance, and auditing, so we can review both the business and accounting logic and the formulas.

Detect spreadsheet errors before they lead to costly consequences by taking advantage of our free Spreadsheet Risk Assessment Form.

Alternatively, contact Principal Business Analyst Jeff Robson by email or on 08 6210 8500 for a confidential discussion of your models and individual needs.

Read the full CNBC report on the F1F9 analysis here